The American company megabus serves an important amount of routes across the USA. megabus became one of the first big players to offer “megadeals” starting from $1.

But how can you actually get a hold of one of megabus’ 1$ bus tickets?

megabus’ cheap tickets are available starting from two weeks before your departure date. But you’re better off checking three to four weeks in advance.

If you are flexible you can check specific bus routes on CheckMyBus as we always show the best deals within the next couple of weeks. That way you’ll always see the cheapest tickets first; and there are hardly ever cheaper tickets than $1. An example of the Boston – New York bus route: 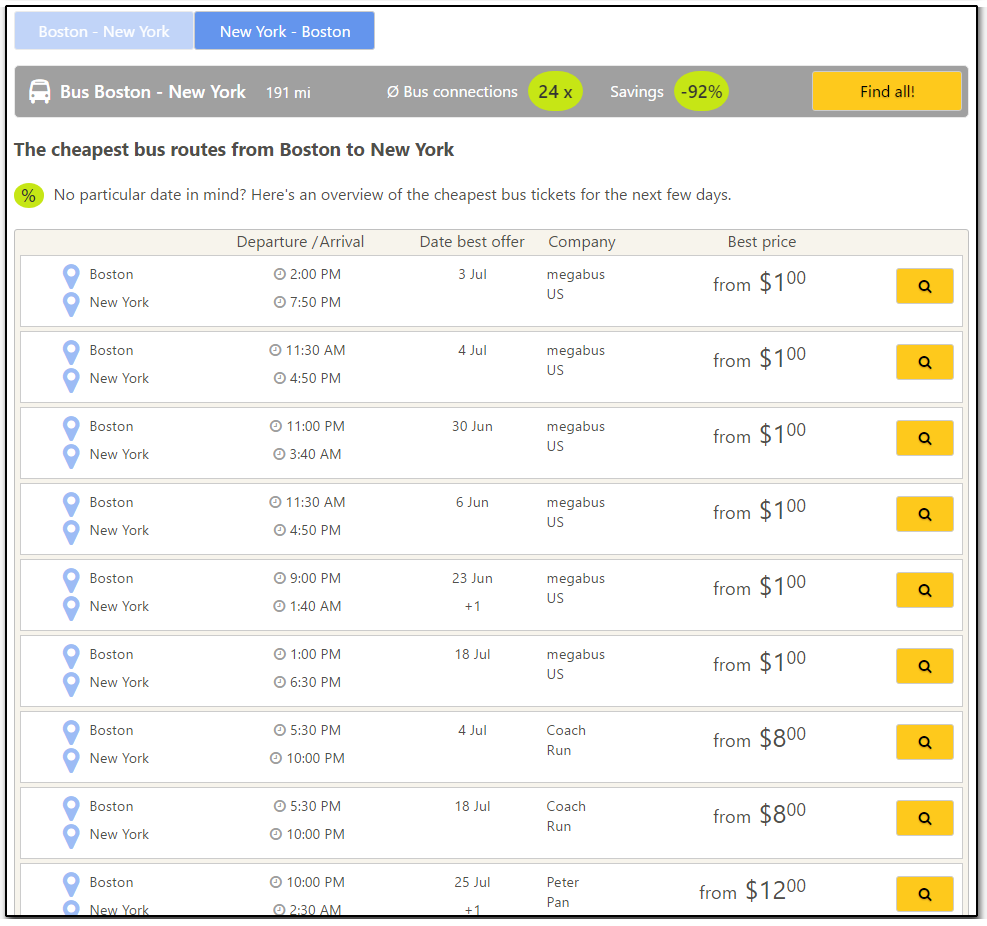 Some of our most popular routes:

Bus from Boston to NYC

Bus from Vegas to LA

Bus from Washington, DC to NYC

Bus from Houston to Dallas

Even if there are no $1 tickets available, megabus also offers tickets from $5.

Found a new megabus promo code?
Tell us about the latest megabus deals and share them with other travelers!

Published on December 13, 2019
From January 8 – February 29, megabus will be giving away 200,000 seats for free on select routes. All you’ve got to do is book your trip to see if they’re available. These free seats are available on a first come first served basis and are only available through the megabus US and Canada sites.

megabus: 1000 seat give away for trips between Boston and Burlington – First come, first serve!

Published on October 9, 2018
Megabus is celebrating its connection between Burlington and Boston by giving away 1000 seats for this route. Claim your seat by entring the promo code BURL1K when you book your trip.