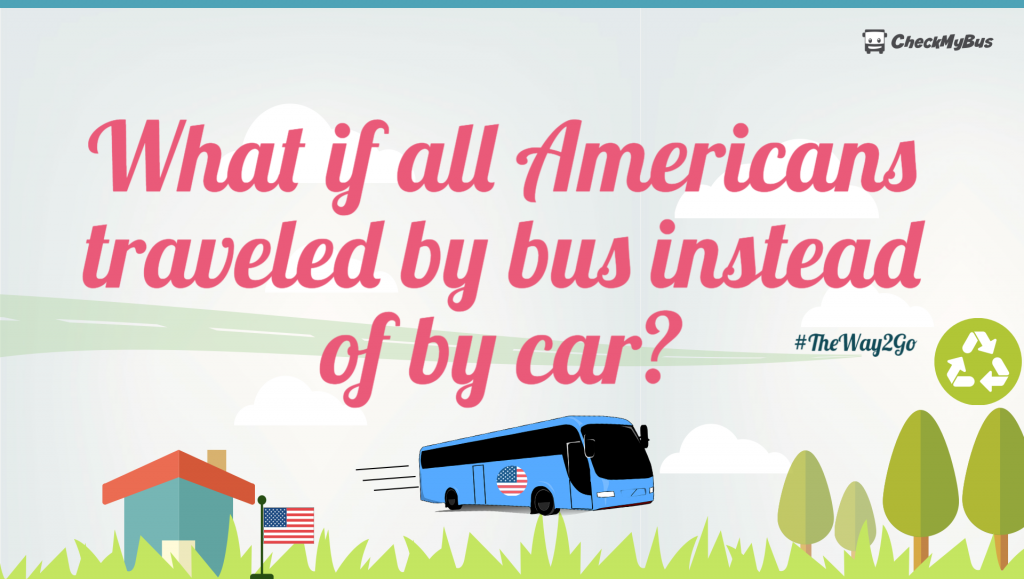 Do you want to do your fair bit for the environment? Then try rethinking your commutes and long-distance trips and take the bus instead.

Knowing that buses are the greenest way to travel, we asked ourselves the question:

What if all Americans ditched their automobiles and instead traveled by bus?

The results are staggering.

If we all traveled by bus instead of by car… 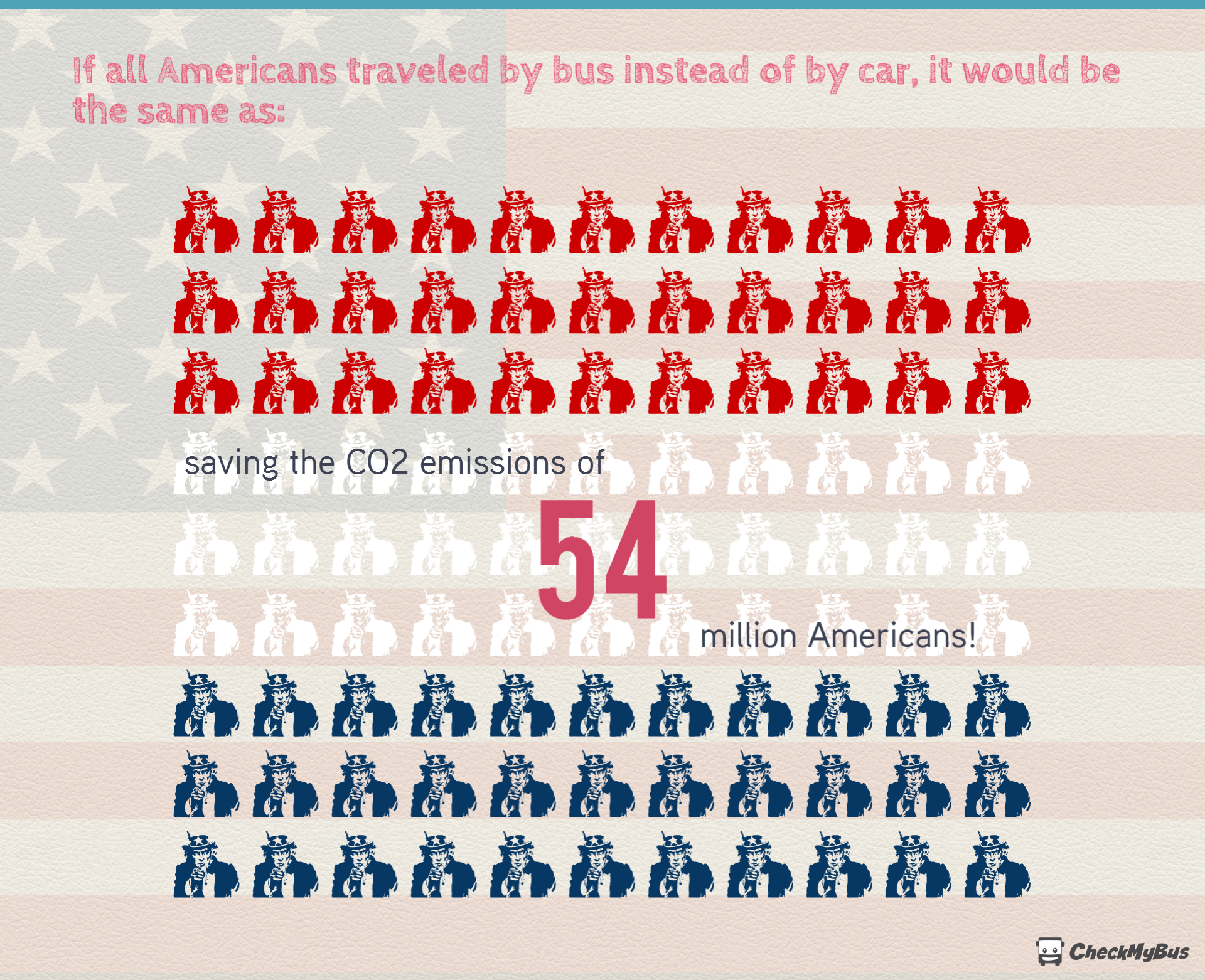 You read that right… 54 million people. That is almost 10 million more than the whole population of Spain!

There’s more astounding facts where that one came from but, first, let’s take a look at the figures behind this fact.

Passenger cars are the environment’s number one polluter among all modes of transportation. It represents a whopping 61% of all the emissions of the transportation industry. 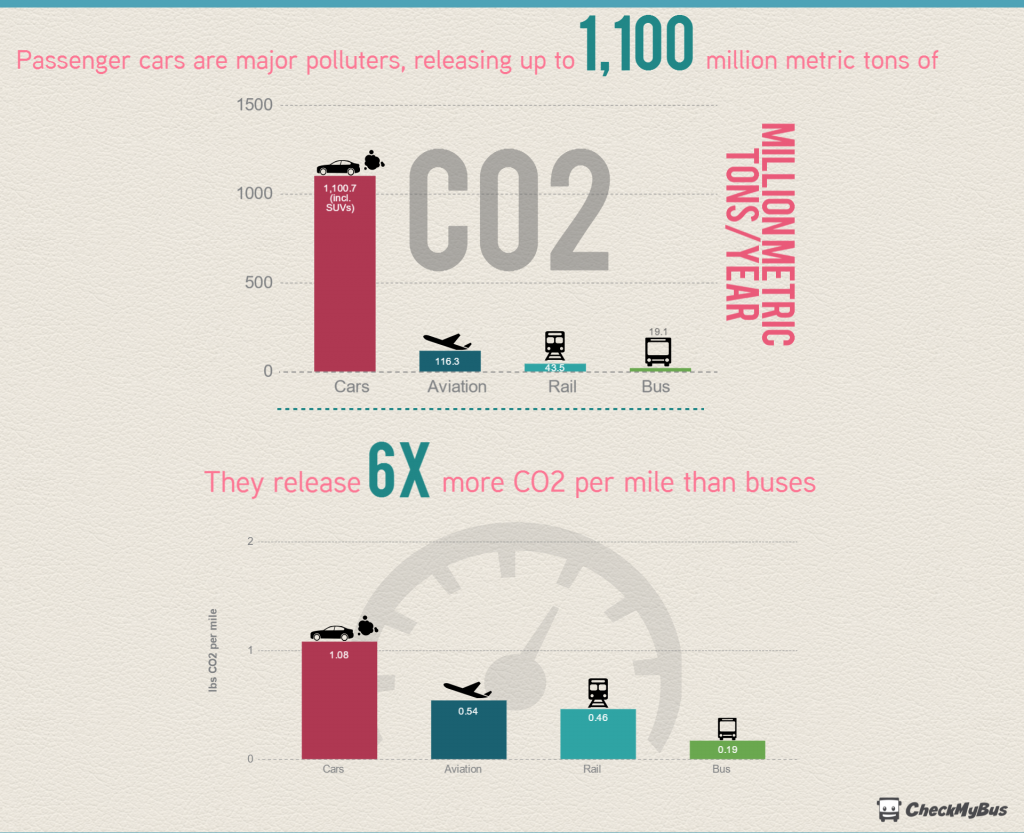 CO2 emissions from the transportation industry

To put this into perspective, the transportation industry is currently the second largest polluter in America, releasing 1.8bn metric tons of CO2 into the atmosphere. That’s the same as the greenhouse gas emissions from 382 million passenger cars driven for one year or the whole CO2 output from Germany, the United Kingdom, and Brazil combined. 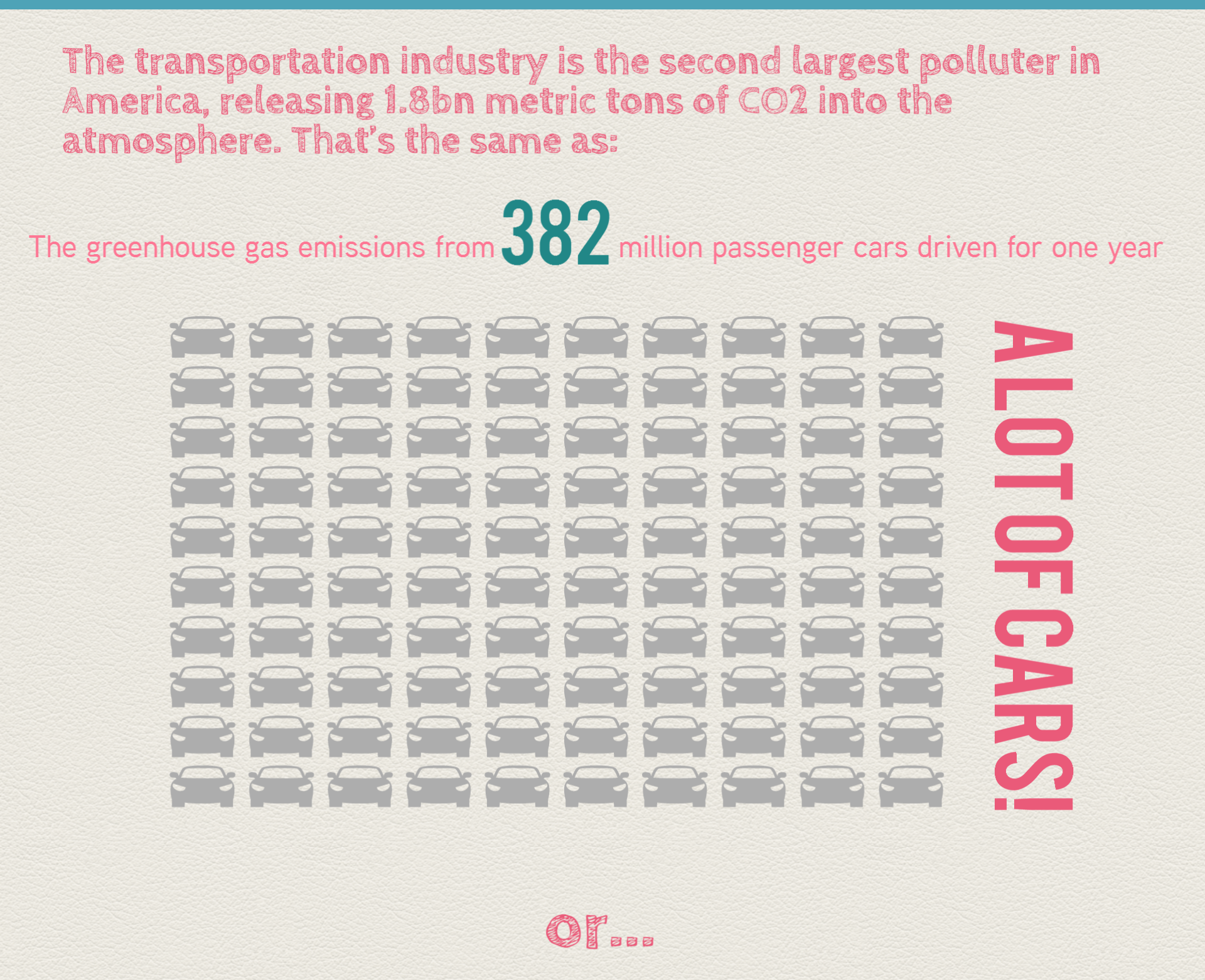 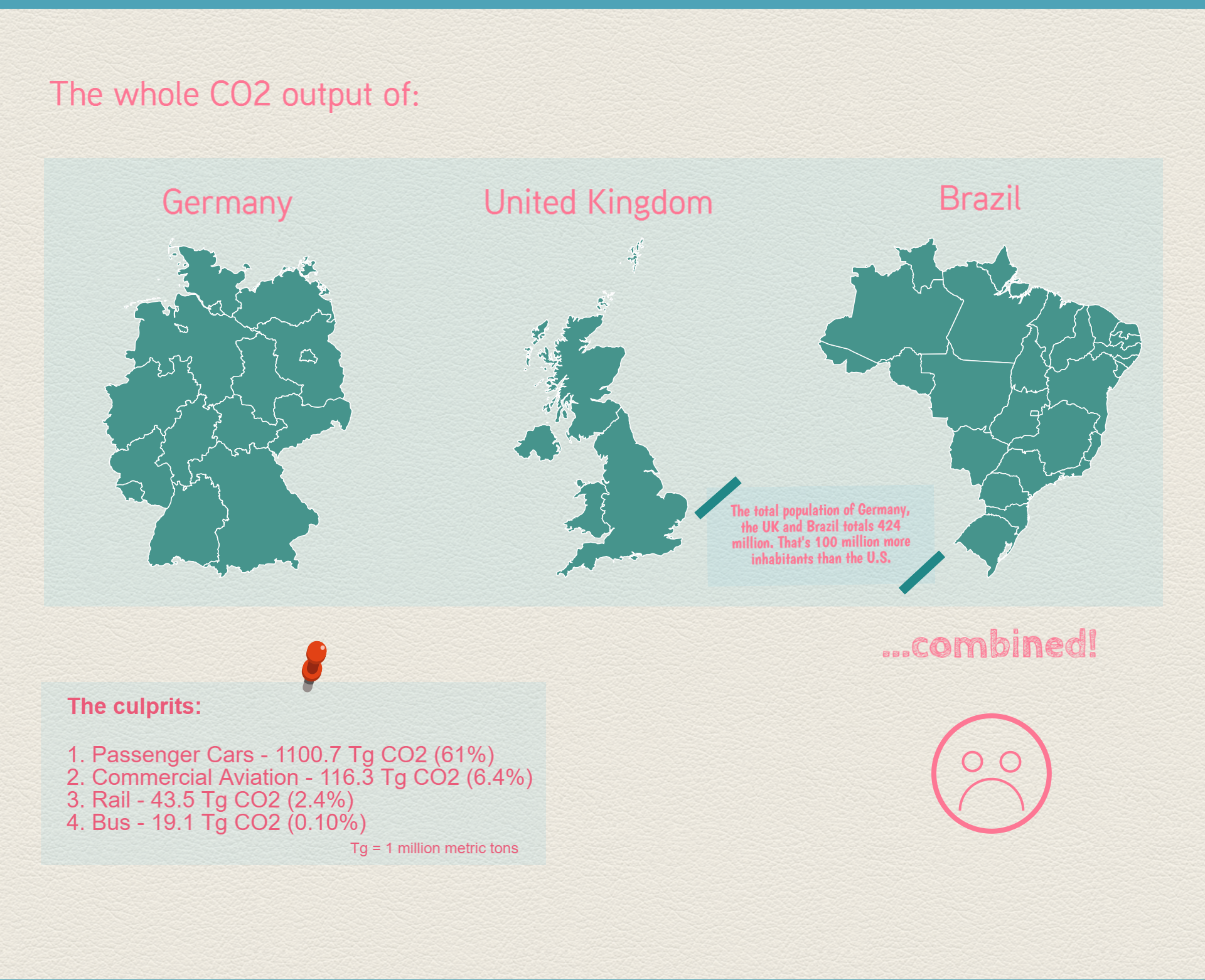 Let’s take a look at each major mode of transportation separately:

Passenger cars are the environment’s public enemy number one. They release 1,100 Teragrams of CO2 (61% of the total emissions of the transportation industry) which is the same CO2 released by 2.6 trillion miles driven. That’s the equivalent of 5.5 million trips to the moon and back at the average distance from the Earth to the Moon (238,855 miles). 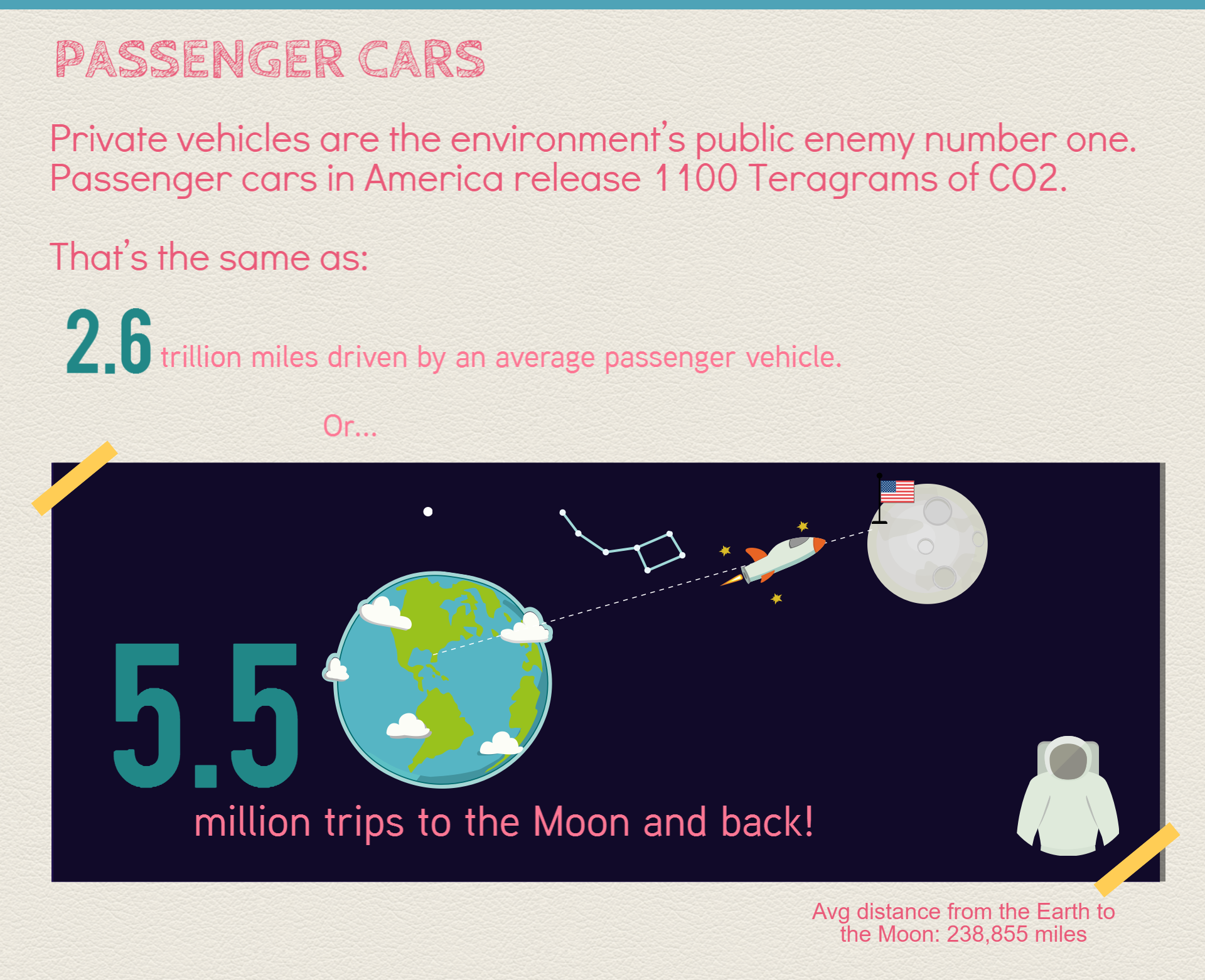 Although that’s almost ten times less CO2 than private cars normally release, 116.3 Teragrams of CO2 is the same as 12.9 billion gallons of gasoline consumed. At the average price of $2.23 per gallon, 12.9 billion of gasolines amount to a total of 29 billion dollars.

That’s enough to pay off Detroit’s debt ($18bn) and provide clean water for every woman, man, and child on the planet ($10bn). 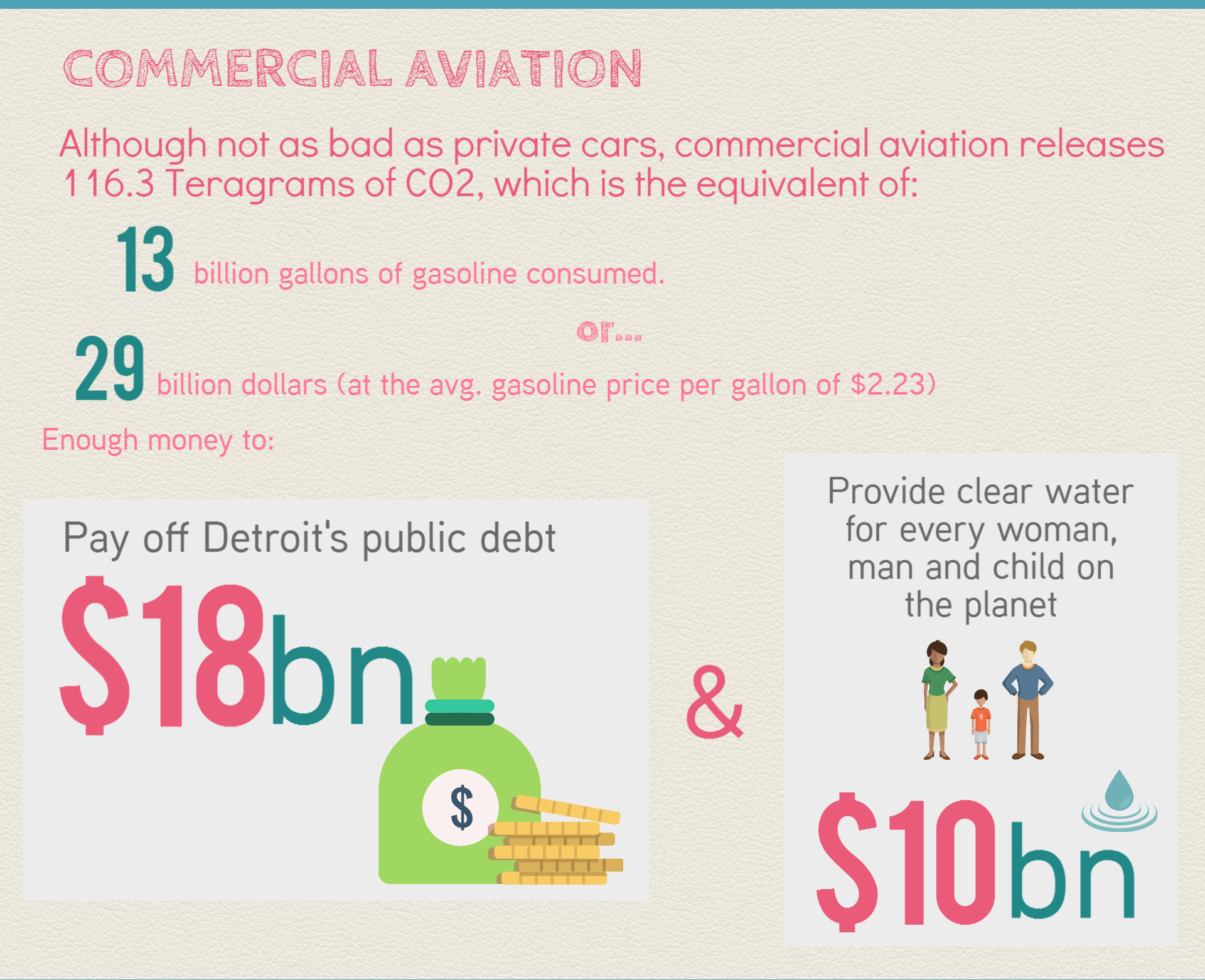 Traveling by train can already provide some relief to our planet. The rail industry releases 43.5 Teragrams of CO2 (2.4% of the whole transportation industry). Although over 1,000 Teragrams fewer than passenger cars, 43.5 Teragrams of CO2 is the same as 94 million barrels of oil consumed. That’s enough oil to fill 6,000 olympic-sized swimming pools. 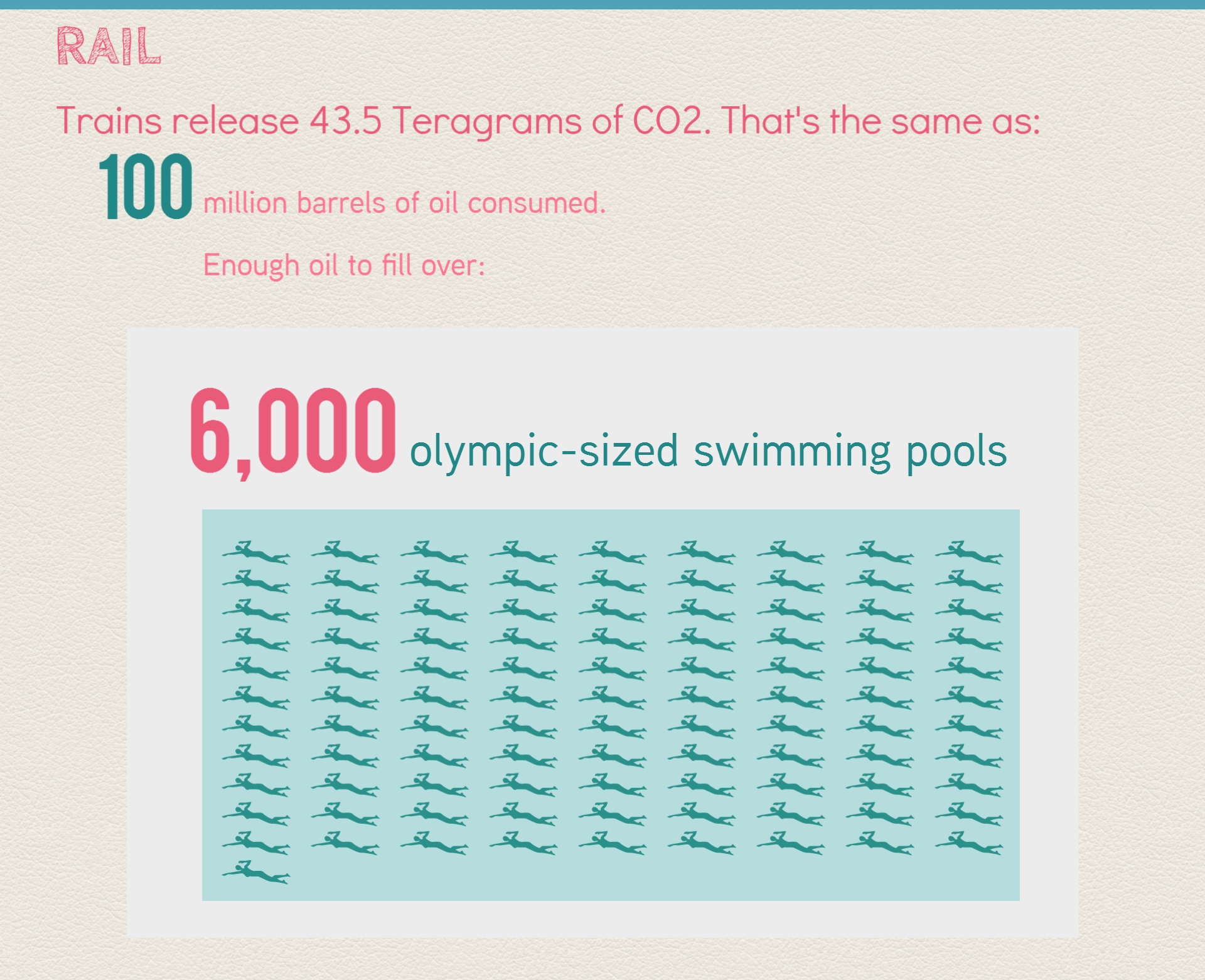 The greenest way to travel

While traveling by train provides an alternative to using your private vehicles, you’d still release almost three times more CO2 as compared to traveling by bus.

Buses are by far the eco-friendliest mode of transportation not only in America but the world. They release only 19.1 Teragrams of CO2, accounting for a 0.10% of all transportation emissions.

If the figure above wasn’t impressive enough for you, we’ve got more: 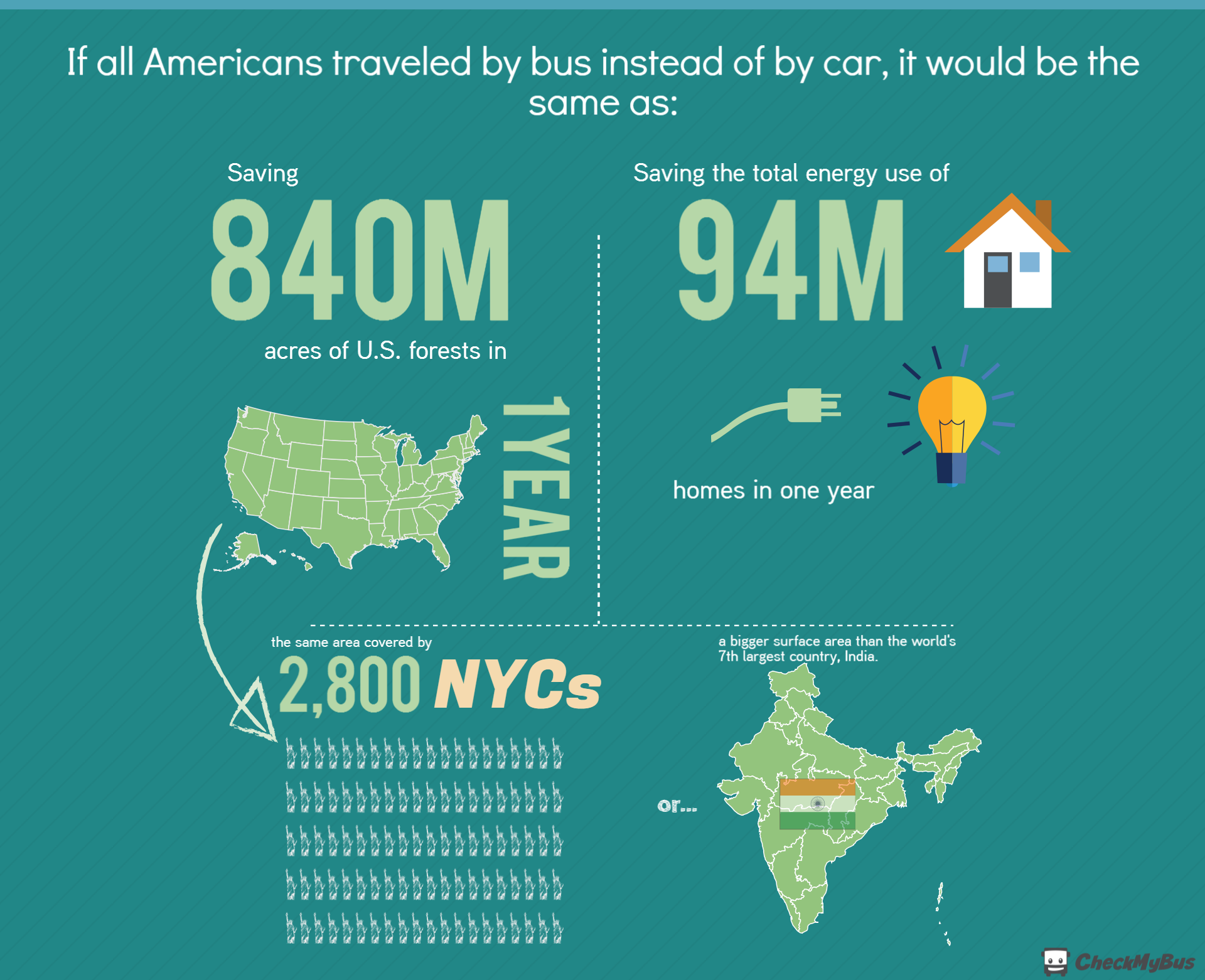 If all Americans left their cars at home and instead traveled by bus, we would save 890 million metric tons of CO2. That’s the same as:

Most major bus operators make use of the latest green technology available. The following operators are just some of the many who help protect the environment: 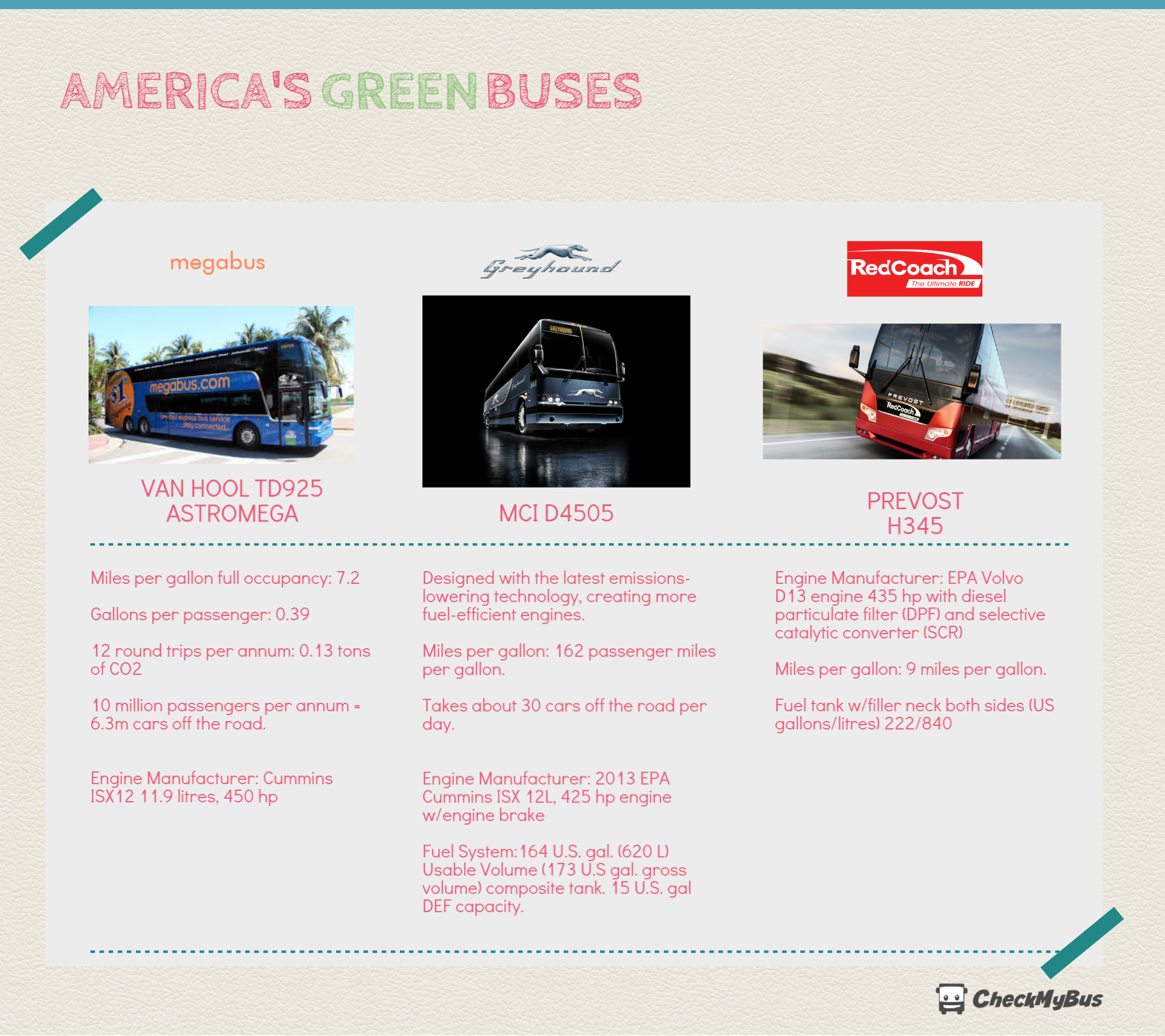 While staying at home or walking thousands of miles are not an option, Americans can still reduce the CO2 output from their travels by using other alternative ways to get to their destinations. When it comes to protecting our planet, buses are #TheWay2Go!