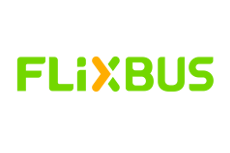 This month, one of Europe’s leading bus providers, FlixBus, has finally opened its first routes in the United States. These connections are based in the southwest region of the country in Nevada, Arizona and southern California. The first tickets were on sale May 15, and May 31 marks the first day when the company’s signature green buses will hit the road. CEO André Schwammlein and US marketing director, Pierre Gourdain are both optimistic about the impact FlixBus will have on the American intercity-bus market.

Back in 2011, FlixBus was founded in Munich as GoBus and has since become Germany’s market leader. By 2013, the company changed its name to FlixBus and was able to commence regular bus connections in Germany due to the liberalization of intercity buses. In 2015, FlixBus merged with its largest competitor, MeinFernbus, and quickly added international bus connections while acquiring several competitors, such as the European routes of British company, megabus. 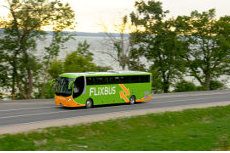 Today, its buses serve over 350,000 connections in 20 different countries, and is represented by national branches, like FlixBus Italia and FlixBus Nordics. An estimated 40 million passengers travel with FlixBus every year. In 2018, the company set its sights beyond the European market and opened an office in Los Angeles, and finally began selling tickets for its first US routes in May throughout the southwestern region of the country.

FlixBus actually doesn’t own any buses, and instead specializes on marketing, booking operations and timetables while working with regional and mid-sized bus operators in its various markets. In the United States, FlixBus is already collaborating with eight different partners.

How Much do FlixBus Tickets Cost?

FlixBus plans to offer comparatively cheap bus connections. To celebrate its US opening, the company is currently offering extremely cheap promotional tickets with some being as low as 99 cents such as the route between Las Vegas and Phoenix.

Despite the promise of bargain prices and attractive promotions, FlixBus won’t go unrivaled in the region. megabus will also be opening a route from Las Vegas to Phoenix on May 25, just five days before the FlixBus route is officially open, and will be offering its own promotional prices at $0.99. In time, Greyhound and BoltBus are also likely to lower their prices to vie for the southwestern routes. Below are some of the cheap prices that customers can expect for a limited time.

Ticket prices checked on May 22 for connections on June 20

During its first phase, FlixBus has added its first 180 connections, primarily between major cities throughout Southwestern states, such as Phoenix, Las Vegas, San Diego, Los Angeles and Tucson. By the end of June, FlixBus plans to add an additional 200 routes to its network, and hopes to continue expansion in the following months.

What Services are Offered by FlixBus? 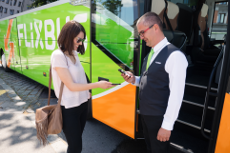 Known for its green fleet of buses, FlixBus remains committed to providing an environmentally friendly means of transportation. The company offers carbon-neutral bus travel by allowing the option to buy “CO2 Compensation” tickets, which allows passengers to make a voluntary environmental contribution that’s calculated based on the distance of the trip. The money is donated to the National Forest Foundation, to plant trees and help support America’s forests and grasslands.

FlixBus provides quality amenities on the bus, such as Wi-Fi to keep passengers connected on all their mobile devices. Snacks and drinks can also be purchased on board. The buses do their best to ensure that there are enough sockets available for passengers to keep their mobile devices charged for the duration of the trip. Sometimes there are even two per seat. If the bus is delayed, FlixBus will provide updates about the bus’s arrival and departure times on the company’s webpage.

FlixBus’s Plans for the Future

The company has only just started its first phase, which includes the initial bus connections throughout Arizona, Nevada and California. Next month, FlixBus plans to expand its network to up to 400 connections, still concentrated in the southwest region. The goal isn’t to just complete against other bus companies, such as Greyhound and megabus, but to change the bus industry into one that makes intercity buses an attractive alternative to driving by car. 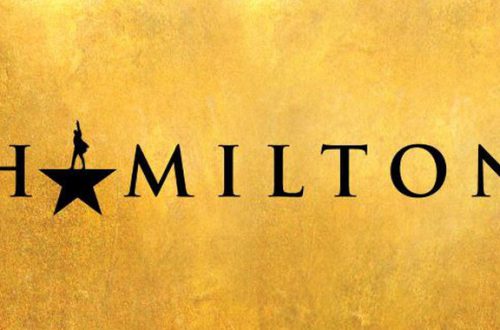 Roadtrip in the USA: Visit the real-life sites from Hamilton!