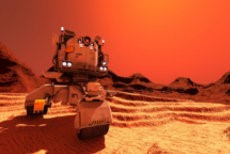 Despite the fact that humans have not yet stepped foot on the red planet, students will now be able to travel between cities throughout the United States and Mars by bus! Of course, this is a virtual journey aboard the Mars Experience Bus, which is Lockheed Martin’s newest technological attraction. While the journey the students go on is a virtual one, Lockheed Martin believes that today’s students will be the ones to go to Mars, so education is vital to fostering intellectual curiosity.

In recent years, it’s already been understood that the bus is one of the means of transport that offers the greatest coverage and accessibility, but when coupled with innovative VR technology, buses can take you to faraway planets as well! The VR technology was built with the same software used for some of today’s most advanced video games.

Mars Experience Bus: A Virtual Trip to the Red Planet 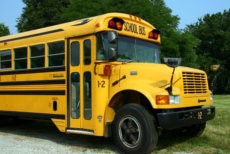 On the outside, the Mars Experience Bus is just a typical yellow American school bus converted to be a real wheeled simulator. Much like when South Korea showcased 5G Technology in Self-Driving Buses during the Winter Olympics, these buses feature virtual reality screens that display computer-generated images. The key difference is that these buses show images from Mars based on data collected by NASA to recreate the Martian terrain.

To truly capture the feel of a moving journey, the buses do not stay parked, but follow a coordinated itinerary with the sequence broadcast inside. This increases the feeling of real movement on the Martian soil. The simulator is capable of reproducing an area of up to 200 square miles of the planet’s surface.

Passengers will be able to experience a Martian dust storm, discover probes and robots that are already present on site today, and even a speculative human basecamp on the planet. While this is far from the reality at the moment, the significance of including this as a part of the tour is to show students that human-led missions to Mars aren’t as far away as they might expect.

This one-of-a-kind bus has already toured through several cities throughout the country, and continues its route across the United States to help today’s students discover the red planet, and realize a not so distant future.